Hello everyone, today we are going to talk about the big market sell-off in the cryptocurrency markets. The reason why it happened and how decentralized financial protocols hold up during this market sell-off.

Now, in recent days, cryptocurrency prices dropped a lot. For instance, the Bitcoin price went down from almost fifty-thousand to thirty thousand and now is rebounding as we speak. There was a lot of speculation on why this severe price drop occurred? A lot of people pointed out two very important news that came out in the last few days. Namely, Tesla announced that they are not going to accept Bitcoin anymore as a payment mechanism to purchase their products. And likewise, Tesla is assessing their Bitcoin treasury holdings as they move forward. Additionally, news came out that China reaffirmed its ban on financial intermediaries offering crypto products to retail investors.

Now, what we see as a market-making company is that the severe price jobs were in fact actually driven by two things. The first one is called auto-liquidations. Now, auto-liquidations happen when a broker or an exchange executes a forced sell order because the margin that the trader has to support this leveraged trade is less than the loss he is experiencing at that particular moment. So, for instance, if a trader has a position that is worth $100 and he supports that position with $`1 when he experiences a loss greater than $1 a broker or an exchange automatically closes that position to protect the trader from further losses and also to protect themselves from further losses.

So I thank everyone for watching this video. I hope you learned a bit about why we experienced those severe price drops and also a strong point in the decentralized finance protocols held really well during those severe drops.

Thank you everyone and until next time! 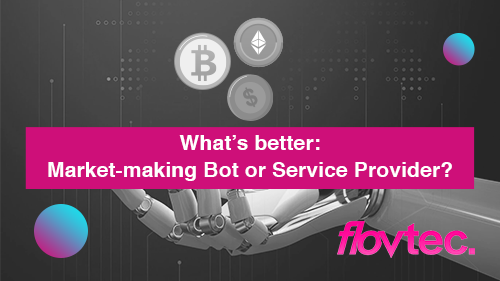