LUNA/UST debacle and the role of liquidity providers

Social media was abuzz last week with news of the demise of a former ten largest coin by market capitalization. Luna had traded at about $120 last month and has crashed to a low of $0.3. Holders scrambled to cash out, and Binance suspended withdrawals amid a heavy number of pending transactions. UST (Terra USD), which also crashed with LUNA, currently trades at $0.12 to 1 USD.

The fallout from this collapse is still unfolding as other coins like USDT and even BTC were affected. Some blamed Do Kwon (the TerraUSD founder); others pointed the finger at a coordinated attack or the challenging market conditions. Some stablecoins looked shaky- the DEI coin also lost its peg. Terra foundation has developed a recovery plan and emptied its BTC reserve wallet in a frantic effort to rescue UST, but it may be too late.

What exactly happened to Terra USD?

UST depegged on the 9th of May 2022, crashing to an initial low of $0.68. The stable coin algorithm failed to maintain the dollar peg of UST. Users tried frantically to sell off their UST for other stable coins, and the protocol minted more LUNA  to salvage the sinking UST, but to no avail; this event caused LUNA’s price to plunge.

3pool, the largest stablecoin liquidity pool globally, allows users to swap stable coins like USDT, USDC, and DAI. Curve Finance is the largest DEX or Defi protocol that utilizes AMM and allows anyone to stake their stablecoins

More about LUNA and UST

Terra USD or UST is an algorithmic stablecoin. Unlike Tether(USDT), which is pegged against the US dollar deposited in reserves, UST uses incentives to keep the value of the crypto stable against the dollar.

An algorithmic stablecoin relies on two tokens, for example, UST and LUNA. The code controls the relationship between them; LUNA is the reserve currency for UST, more LUNA coins are burned when the UST price increases above the $1 Peg, and UST coins are bought off the market to purchase LUNA when the price of UST declines below the $1 peg.

The fall of UST raised question marks about the stability of the so-called stablecoins, particularly algorithmic or uncollateralized stable coins. Terra USD’s collapse has also exposed the flaws with algorithmic stable currencies- when any strong external reserves do not back stable coins, a failure like this may be waiting to happen.

The role of Liquidity Providers

Do Kwon's Tweet on May 9th stated that Terra had loaned BTC to an undisclosed market maker to provide liquidity and rescue the failing UST. Shortly after the Tweet, a particular wallet swapped about $200 million of UST for USDT, attempting the rebalance the curve pool and save the price of UST.

Information from Blockchain data and market participants had suggested that heavy withdrawal of UST from Curve finance and Anchor most likely caused the meltdown.

Through his Twitter page, Do Kwon revealed that Terra had removed about $150 million from 3pool to build the 4pool and sent $100 million back after the depeg. He also denied knowing about a strange transaction of about $84 million from UST to Ethereum.

Tron founder “Justin Sun,” who recently launched Tron's version of an algorithmic stablecoin “USDD,” thinks that the market liquidity was weak as they built the 4pool and called for caution about this kind of liquidity squeeze. He also believes that Terra’s market cap grew too fast, which was why it collapsed, and also that its reserves were too small.

Sun revealed that USDD utilizes liquidity providers to keep prices stable. His firm will work to ensure the healthy growth of USDD and build a USDD treasury with different layers consisting of stablecoins that can be quickly deployed to provide liquidity if anything bad happens. The treasury will also contain BTC and TRX.

CZ Binance faulted Terra’s overall strategy, stating that minting tokens does not create value but liquidates coin holders. Sam Bankman-Fried, the founder of FTX, suggested that the Terra USD was already doomed to fail. Vitalik Buterin also weighed in on the matter, criticizing the validation agenda of uncollateralized and algorithmic stablecoins. 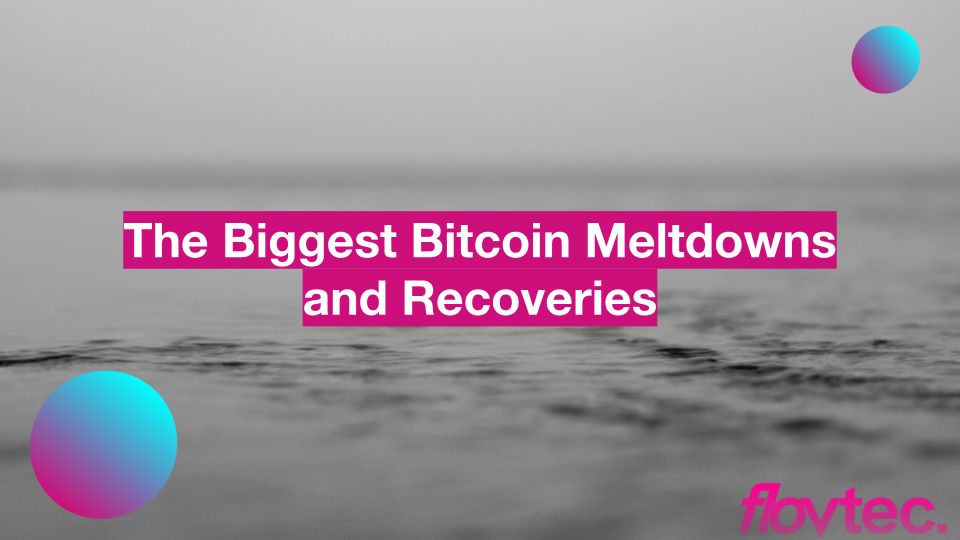 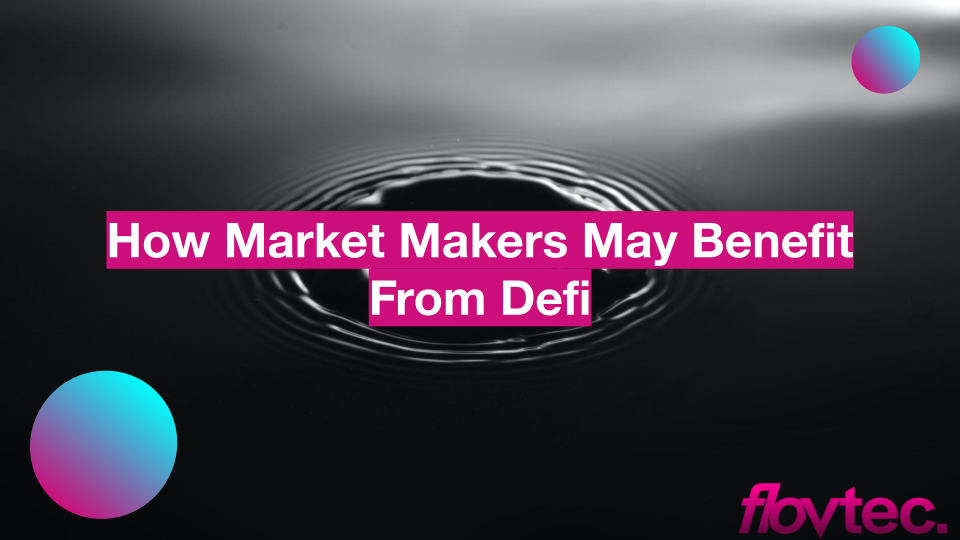 How market makers may benefit from DeFi 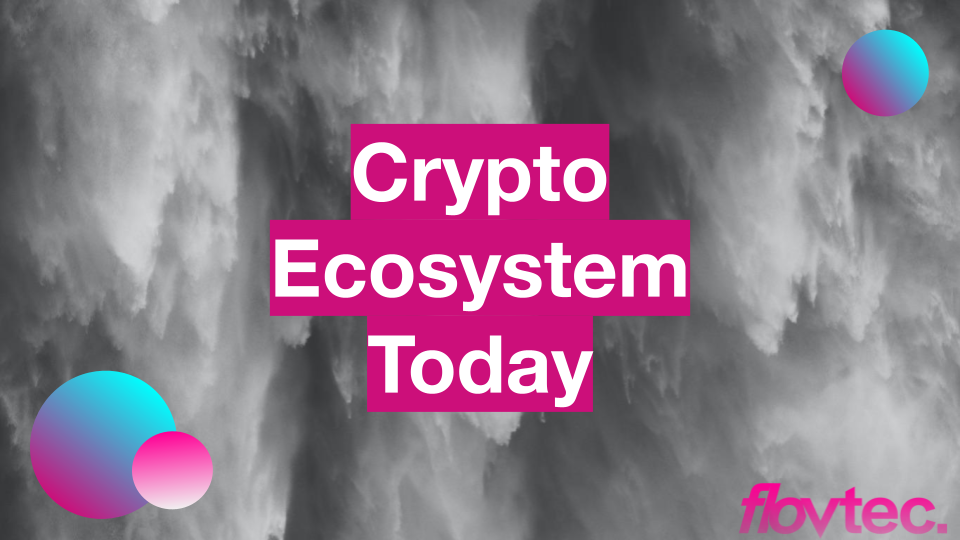 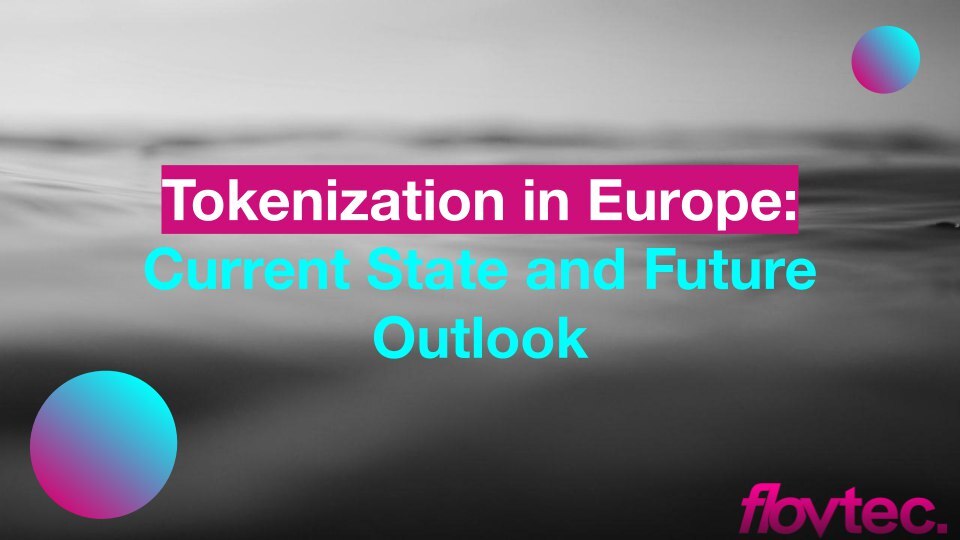 Sign up for our newsletter
Thank you! Your submission has been received!
Oops! Something went wrong while submitting the form.
Market-Making risks; how flovtec is different
The biggest Bitcoin meltdowns and recoveries
How market makers may benefit from DeFi
Crypto Ecosystem Today
Tokenization in Europe: Current state and future outlook
Stablecoins explained; USN and tokens with the highest yields
LUNA/UST debacle and the role of liquidity providers
Crypto Valley records stunning growth figures ahead of the WEF in Davos
Why Market Makers are important to NFT
How is DeFi Revolutionizing the Finance World?
Pleased to announce that flovtec has been included in the CV VC and PwC 2022 Global Report.
How Will Investment Flows & Digital Assets Evolve With Metaverses.
Dubai: The evolution of the Crypto Oasis
The Metaverse, what it is and latest trends
Token utility: use cases and trends
Token Listing Strategies
Bridging liquidity - Market-making Perspective
The Future of Decentralized Liquidity
What to do when cryptos crash?
Growth of Market Making & Crypto Liquidity Services market
flovtec Launches Market-Making on Uniswap V3 and is Hiring for Several Roles
Market-Making Solution to Impermanent Loss Problem on Uniswap V3
How to Select a Market Maker for a Token
Smart Token Liquidation (STL): An Automated Way to Sell Your Tokens Efficiently
Top Crypto (Bitcoin) Market Makers | Crypto Exchange Liquidity Provider
Details about this week in the markets with Flovtec's Anton Golub
Three Reasons Why You Must Partner with a Market Maker for Your Token
flovtec & VRM to Join Forces for Market-Making and Trading Signals
Can China Destroy Bitcoin? Explaining China's Ban on Crypto Mining
Octopus: an Intelligent Self-Learning Market Making Algorithm for Illiquid Tokens
Flovtec’s Monthly Commentary for June, 2021
New Flovtec Board of Directors members elected
Bitcoin in El Salvador Explained: El Salvador Approves Bitcoin as Legal Tender
Crypto Crash Wasn't About China or Elon Musk!!
Flovtec’s Monthly Commentary for May, 2021
Our CEO Anton Golub appears on the White Spaces Show
Flovtec announces partnership with AirCarbon Exchange
Uniswap V3 Detailed updates and More on Uniswap Exchange
Cryptocurrency Liquidity Services - What Drives Liquidity in Crypto?
Market Making for digital assets with Anton Golub (Flovtec)
Insights on Cryptocurrency Market Making for Digital Assets
Why fake cryptocurrency market making data is a problem with Flovtec
Market making inventory risks in crypto trading strategies
Discussing the Crypto exchange updates with Anton Golub
Weekly updates on the cryptocurrency market making with Anton Golub
Corporate Treasury Management & Bitcoin ETFs with Anton Golub
Organic Security Token Exchanges – the missing piece of Crypto Ecosystem?
TADS AWARDS 2020, Asset Management Solution Winner – Flovtec
Blockchain wallet - DeFi Day Talk – Hong Kong Blockchain week 2020
Explaining Decentralized Finance for a bitcoin market maker
What is AMM? Explaining the Automated Market Maker Protocol
Is Bitcoin the Digital Gold? All Your Questions Answered
Stablecoins and Tether – What are they? Explained in Details
Stay Liquid – Detailed Insights to Market Making for Digital Assets
What is the Lightning Network and how does it work?
Flovtec - Opt for the best market making solution and make your token liquid
Cryptocurrency Market Making - The Comprehensive Details You Need to Know